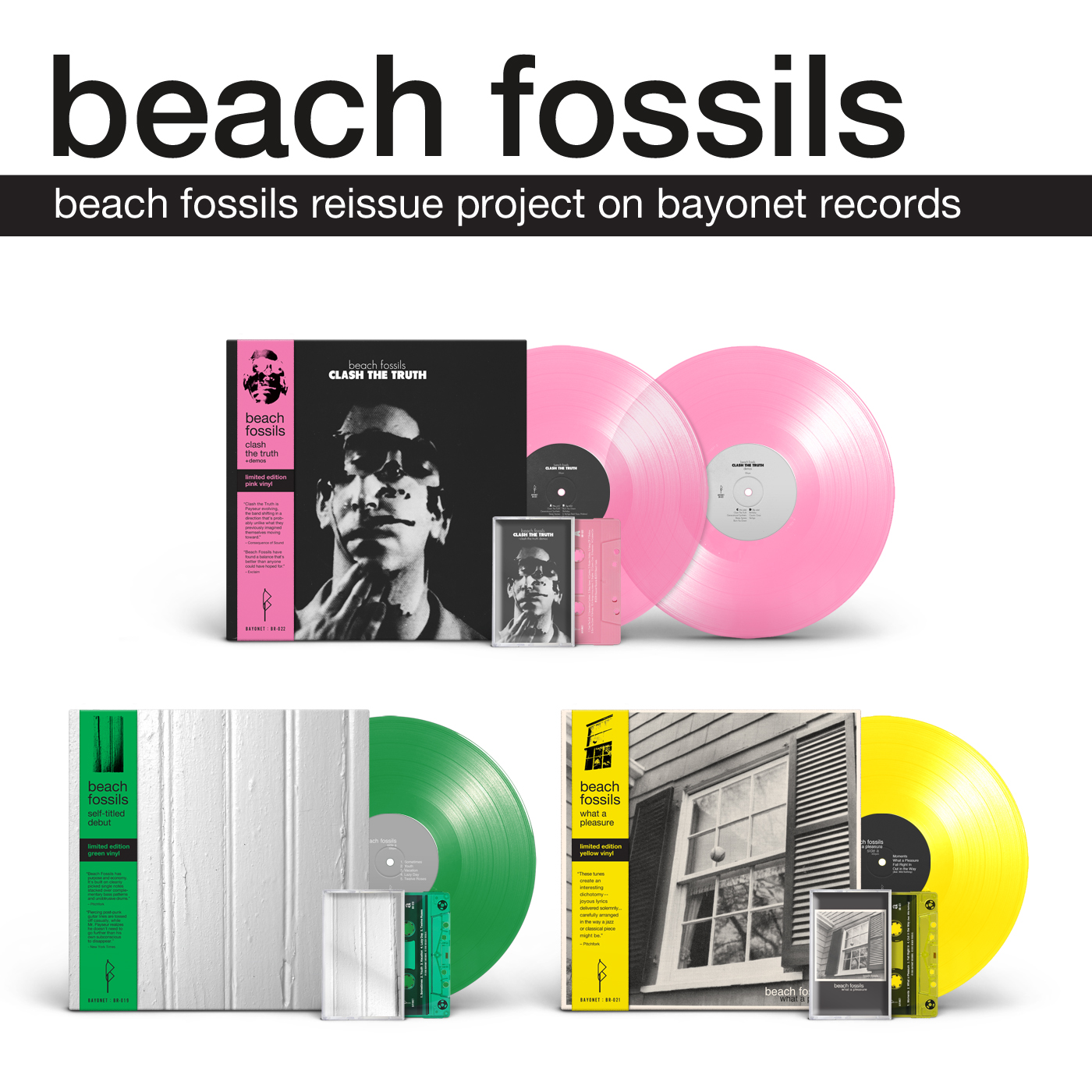 Bayonet Records is happy to announce the re-issue of three modern indie classics from our very own Beach Fossils! Beach Fossils’ self-titled LP, What a Pleasure, and Clash the Truth (complete with demos on vinyl for the first time), will be available in limited edition color vinyl as well as CD and cassette. You can also pick up all three with a bonus tote bag! This marks the first time these albums will be released under Dustin and his partner Katie’s own label. Find the re-issues online and at a record store near you beginning on Black Friday November 23rd, 2018. Don't forget to catch Beach Fossils on tour this Fall with WAVVES and Kevin Krauter: 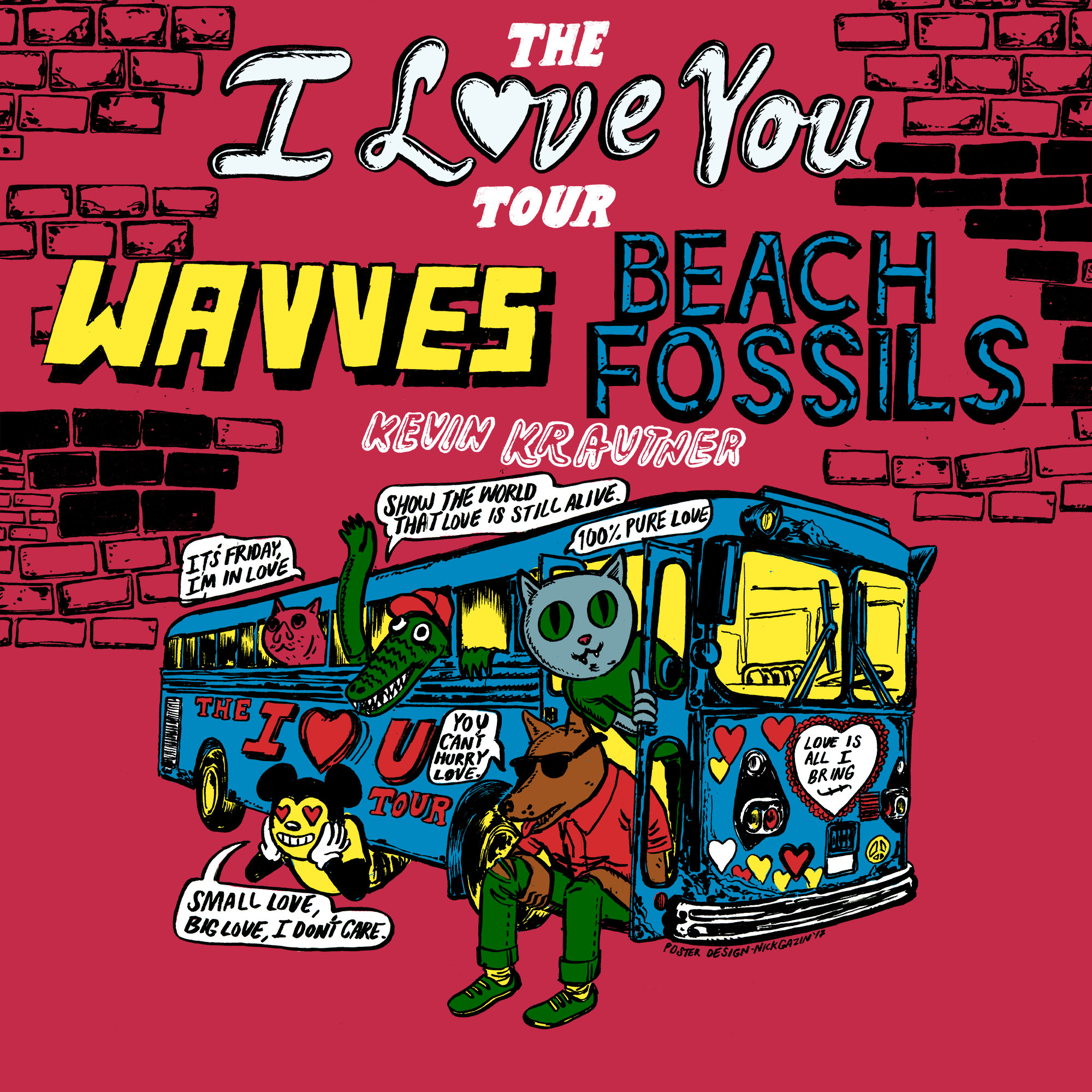 Kevin Krauter's 'Toss Up' Out Now!

Indiana songwriter Kevin Krauter's new debut full length on Bayonet Records entitled 'Toss Up' is out today! In between tours, Kevin spent long hours in his basement, guitars and vintage keyboards his only company, and tested out ideas, explored new sonic avenues, savored new sounds, and taught himself how to play a few instruments. The secret tension on 'Toss Up,' the engine that drives these songs, is melody propelled by rhythm and melancholy fended off by the exuberance of simply creating art. We're so excited to share this record with the world and we hope you enjoy it as much as we do! Prior to its release date, we've put out three singles from 'Toss Up' including "Rollerskate," "Keep Falling in Love," and "Suddenly." You can now pick up the limited edition color vinyl pressing, the black vinyl pressing, the CD, or the cassette of 'Toss Up'  online or at your local record store! Kevin Krauter Plays Baby's All Right 6/21 with Purr and Barrie!

Kevin Krauter's new album 'Toss Up' comes out this Friday (6/15) and to celebrate the release, Kevin will be headlining a show at Baby's All Right in Brooklyn on the 21st. Brooklyn band Barrie were recently added to open the show along with Purr, so be sure to grab a ticket to see all three bands play next week! Pre-Order the album on limited edition color vinyl, black vinyl, cassette, or CD from our online store before it comes out this Friday!

This Record Store Day we partnered with Revolutions Per Minute to donate all the profits from this special release to the Immigrant Defense Project, an exceptional and important organization that, for the past 20 years, has been fighting to secure fairness and justice for all immigrants in the United States. Given the current political climate, increasing ICE raids and the vilification of immigrants, it is crucial to count on resources to help end this era of unprecedented mass criminalization, detention and deportation. Immigrants in the US need our help now more than ever! To encourage higher donations, we also have an exclusive pin available on Bandcamp available to purchase alongside the digital album. This design is limited and only available through Bandcamp, so get one while you can! To learn about more ways you can help IDP, visit their website. Stand with us and the Immigrant Defense Project in the fight against injustice towards immigrants and their families in this country!

Today the third single, "Suddenly" from Kevin Krauter's new album 'Toss Up' is out! Stream the new track on Spotify and Apple Music, and watch the visual video on YouTube. Photo by Alexa Viscius
So far Kevin has released the album's first single "Rollerskate," as well as a music video for the second single "Keep Falling in Love" which premiered  on Gorilla vs Bear earlier this month! You can still pre-order the limited edition color vinyl pressing of 'Toss Up' which comes with custom balsa air glider from the Bayonet webstore before the album is released everywhere on June 15th. You can also purchase the album on cassette, CD, and black vinyl formats. Don't forget to catch Kevin on tour this summer too: